You are here:
Story of the Month 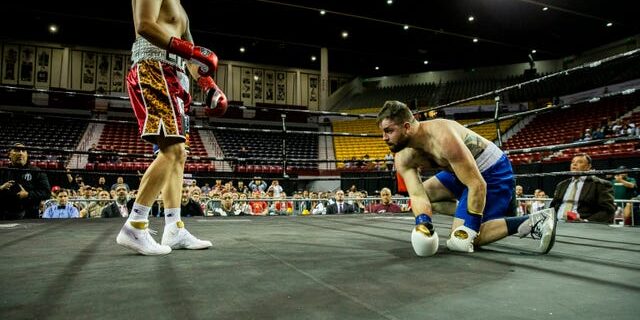 When ring announcer Jimmy Lennon Jr. announced Daniel Zaragoza had retained his WBC super bantamweight title via split decision over the “Real” Paul Banke in 1989, the challenger slumped to the canvas in disappointment. The Los Angeles slugger had dropped Zaragoza in the ninth. He had punished his body.

He had outworked him. He thought he’d won the fight. As did most everyone else.So the hard-nosed southpaw was granted a rematch 10 months later. Early on, ringside analyst Ruben Castillo noted that “Banke is going for the knockout this time.” And he was. After a clinic on inside warfare, Banke finally put Zaragoza away in the ninth – leaving the haggard-faced Mexican a bloody, beaten warrior. Banke had captured the title. He’d realized his dream.It marked the high point of Banke’s career. Now, after a life that only Johnny Tapia can match in terms of turmoil and tragedy, Banke has risen from the canvas as he has done throughout his life to reach a strangely congruent milestone: Saturday marks exactly 31 years since the Zaragoza win that made him a world champion. A day later, he will be inducted into the National Boxing Hall of Fame.

Sal Montelongo, the director of nonprofit organization Lucid Love and a local boxing promoter, said: “Paul Banke is the essence of a champion. We all fall down in life. Just like in boxing. But a true champion gets up and keeps fighting. Paul Banke brings that to the table. Kids need to know we have minor setbacks for a major comeback.”

La Academia Dolores Huerta on a day of Love and Faith
October 31, 2017

This site uses Akismet to reduce spam. Learn how your comment data is processed.