Lucid Love is an Anti-bullying nonprofit organization that was established in loving memory of Johann Sebastian Cabada who was a victim of bullying. The organization has been established since November 2014 and has delivered its message of Love and Faith to over 100,000 students, faculty, parents, service men and women, and public figures. Its humble beginnings is the foundation of the organization’s passion and pride. It has also been the drive to continue to grow the organization year over year. The founder and mother of Sebastian, Veronica Cabada and the Director, Sal Montelongo, relentlessly and selflessly contribute their time and efforts to educating the community about bullying . Their united efforts have gained them a respectable reputation as an organization that genuinely cares about their community. Their drive is built on their experiences. Both witnessed the pain endured by Sebastian Cabada. As a victim of Tourette Syndrome, he was bullied since the fourth grade and the verbal abuse was escalated to physical in the ninth grade. Unfortunately, the family did not get the necessary support they needed to help Sebastian and since then vowed to be the voice of all victims. Their presentation is informative, heart-warming and inspirational. They focus on four audiences, the victim, the bully, the bystander and the parents. The message to each is different and it’s explained and reinforced throughout their presentation with pictures and videos of Sebastian. The students walk away knowing the signs of bullying, the consequences to both the victim and the bully, self-love, knowing their worth, how to be counselors and how to turn their pain into their purpose. The organization has been featured in several magazines, newspapers, radio and TV.
Time is of the essence and you are the key to saving a child’s life. Please reach out and book Lucid Love today!
They offer the following programs:

**NOTE: The cost to book the organization can be found in the “Book Us Now” page.

A True Devotion to Healing 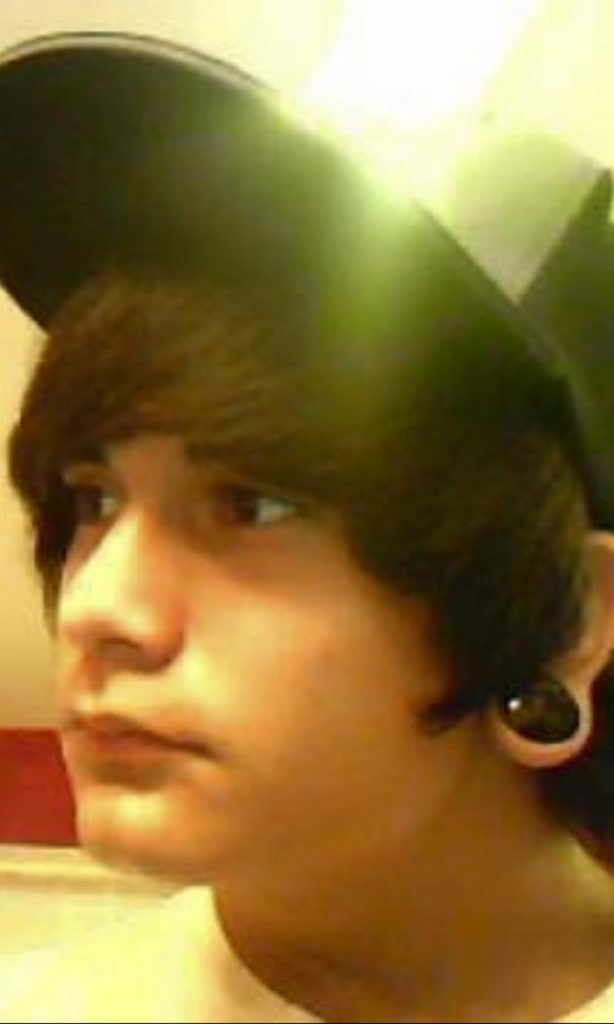 Lucid Love is an organization that was established in loving memory of my beloved first born, Johann Sebastian Cabada. Sebastian was first and foremost, a warrior! A warrior who endured the pains of bullying, assaults, a mental health condition and overall injustices. His story is one of triumph, faith and love.

From the day he was conceived, Sebastian’s journey was a challenging one. At 27 weeks into my pregnancy I had to undergo an emergency gallbladder surgery. Against all odds we both survived, but the challenge had not even begun. One week after my gallbladder surgery, I had to undergo an emergency C-section because I developed severe toxemia. I remember that day vividly, the doctor came into my room and advised me that she could only save one of us; my baby or me. I told the Dr. to save my son! Once again, my son beat the odds and we both survived. He only weighed 3lbs 8oz. but his courage and heart to survive broke the scale. Life then challenged him for the third time when he was only six months; he developed RSV and once again my boy beat the odds. But life was relentless and challenged him yet again when he was ten years old; life introduced him to Tourette syndrome. This mental health condition was not kind to my son. Unable to function “normally” he had to be placed on medication that robbed him from his childhood’s innocence. He had to learn how to control his severe twitching, blackouts, seizures and noise outbursts. Furthermore, he also had to endure bullying. Once again my son boldly confronted life and taught life to be kinder to him, but unfortunately it didn’t last long. When my son was thirteen years old he was sexually assaulted and unfortunately kept quiet until the second assault. On Oct 22, 2011 my son was brutally dragged by a car driven by kids who simply didn’t like him and bullied him since the seventh grade. My precious boy suffered severe road rash, a broken collar bone in three places, damage to the front lobe and PTSD. You would think that by now both him and I would throw in the towel and allow life to celebrate the victory, but we did not. After two months of intense therapy my son returned more determined to prevail. Before he could carry on, he forgave the individuals who assaulted him.

Unfortunately his happiness ended sooner than expected. On May 3, 2013 life came and took my son. Regretfully, he had turned to chemicals to free him from his emotional pain and by the time he opened up to me it was too late.

My son was a compassionate, forgiving, loving, and giving soul. He never told a soul of his struggles because he did not want anyone to worry for him; he was a selfless tender being. He gave unconditional love and fought for justice and acceptance of diversity. He once said, “Why must there be people suffering when we have enough land, food, water and shelter for all”. I did not understand it then, but now I do. My son never saw life as his enemy, he did not blame life for his struggles and he never got mad at life. He thanked life for challenging his potential! He was a warrior in all essence of the word! His message is simple, Love and Faith. Lucid Love was established to carry on my precious son’s vision of a better world.

We rely on the support of our generous sponsors and strategic partners:
0
LIVES TOUCHED
0
FACEBOOK FOLLOWS
0
SPONSORS
0
SURVIVORS
Go to Top